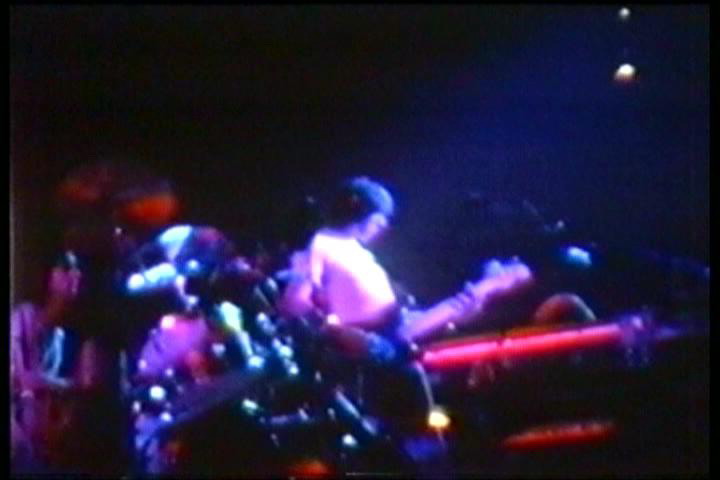 I discovered most of these 8mm films over 20 years ago and have enjoyed watching
my low gen VHS copies ever since. When I began archiving my collection onto DVD,
I knew that one day I'd be faced with the task of digitally remastering these old 8mm
films. I was fortunate enough to know the person that purchased the original films
of the Hollywood Bowl and LA Sports Arena which were professionally transferred to
S-VHS tape in the late 80's. This person was kind enough to loan me his master which
I captured and used as the source for this DVD. I wish I could say that the Vienna
footage was any better than what has been in circulation, but there's a good chance
that those videos used mine as a source anyway. The short Anaheim 77 footage and
the newly surfaced Munich 77 footage round this collection off nicely. There's not
much available in regards to video footage from 1972-1977 (a very significant time in
the band's history, especially in regards to live performance), so hopefully this will fill in
a few of the gaps for the time being.

Every single shot is not in perfect synch, and some artistic license has been applied
throughout. I also chose to end the DVD with the Munich footage, opting to stray
from the actual chronological order.

8mm took me two years to finish, working in my spare time, and frequently getting
frustrated and stuck. I replaced all the audio from the original footage that had live
sound (LA 75, Vienna 77) and synched up the correct audio to the rest, which was never
properly done until now.

Please be kind and share a few copies with others that can't download this torrent,
especially those waiting for copies in the Harvested Yahoo trading group,
http://groups.yahoo.com/group/harvested-weeds/

Official artwork can be found at www.harvested.org

Thanks to Rudy C for supplying most of the audio and help with research and synch.